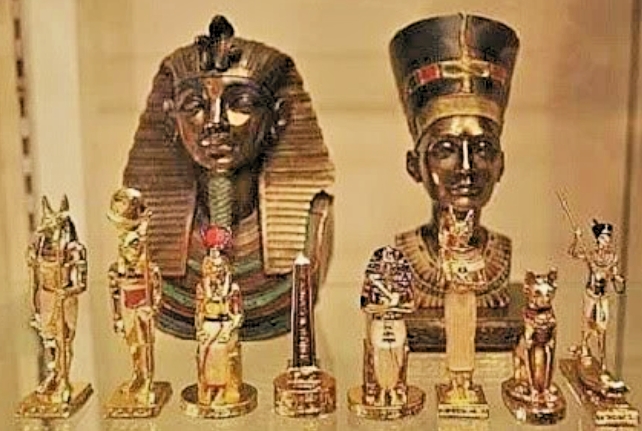 moors born in the americas and throughout the world have a hidden heritage which has been covered up by those who have hypothecated your identity to steal your estates. research these links to gain insight for your inheritance and uncover what has been taken from you. the time is now to reclaim your birthright through learning ourstory in the americas. though our moorish heritage is well known by those who hypothecated our identities. the time has come for all moors to reclaim their royal titles and estates throughout the planet earth. rise moors!

“our egyptian tribes began coming to the grand canyon according to the carbon dating of the oldest mummies bones found, around 1600 BC.”

Chapter XLVII: EGYPT, THE CAPITAL EMPIRE OF THE DOMINION OF AFRICA

“6. The Moabites from the land of Moab who received permission from the Pharaohs of Egypt to settle and inhabit North-West Africa; they were the founders and are the true possessors of the present Moroccan Empire. With their Canaanite, Hittite, and Amorite brethren who sojourned from the land of Canaan seeking new homes.”
“7. Their dominion and inhabitation extended from North-East and South-West Africa, across great Atlantis even unto the present North, South, and Central America and also Mexico and the Atlantis Islands; before the great which caused the great Atlantic Ocean.”

see, read and listen to the articles which have links below. bookmark and share this page with other moors for future reference. if you want to declare your nationality click here for free notification forms.

by Aseer The Duke of Tiers

provided by rv publications the letter below shows December 1,1789 communication between United States President George Washington and the egyptian sultan for morocco of whom the President for the United States Corporation is considered “Subject” to the morroccan (egyptian) people.

” Prime Minister Nubar Pasha of Egypt contacted the US Department of State and requested that all of the Egyptian Artifacts found in the Grand Canyon to be returned to Egypt.“

” He also requested that no more Information about Egyptians ever being in the Grand Canyon be Published by the Smithsonian Institution.” Article written by Philip Coppens

we own no rights to these videos and information contain or reported may not be the expressed views of the sceptre of judah website. this information is reported as news and education for community improvement throughout the world